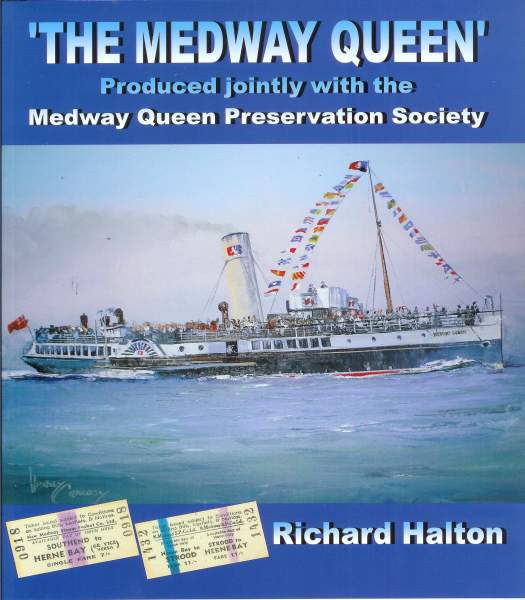 The Medway Queen Book produced jointly by Richard Halton and the Medway Queen Preservation Society.
This book was produced to promote and support the restoration of this magnificent old ship and to keep her story alive.
First published in January 2013 as a joint venture with Noodle Books and reprinted in July 2014. Dozens of people came forward with photographs and their memories for this book, which has given it a great mix of the “technical” history and the more human side of the story. The book has 72 pages of approximately A4 size and is roughly half pictures and half text with around 125 photographs and other illustrations. The eight chapters cover Design & Build, Pre-War Service, Minesweeping, Dunkirk, Post-War Service, Isle of Wight, Preservation and the Spithead Review of 1953.
SKU:
Add to Cart